How to Choose a Best vlogging camera with flip screen 2021

by ashley
in Electronic & Gadgets
Reading Time: 8 mins read
A A
0 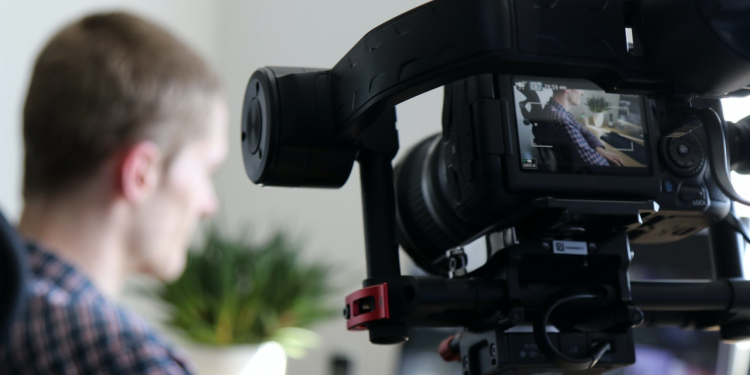 Are you a beginner videographer or vlogger and are thinking about buying a camera for shooting video? Or maybe you already have a vlogging camera with flip screen. And are deciding whether to buy a separate camcorder? In this article, we have collected the most popular questions on how to choose a Point and shoot Camera video: From considering the required characteristics to answering the question of whether you can ultimately get by with a smartphone.

Where to start choosing a camera for video?

First of all, you need to decide why and how you are going to use the camera. The characteristics of the camera you need directly depend on the goals. Are you going to shoot a video blog? If so, which one – gadget reviews, lifestyle, or beauty vlog? Maybe you need a camera for taking pictures of family celebrations? Are you creating content exclusively for social media, or are you serious about getting into videography? Once you’ve identified your goal, you can move on to review the available camera types.

What type of camera is right for me?

If I am a photographer or videographer: DSLRs and mirrorless cameras

If you’re a photographer looking to diversify your footage with videos. DSLRs and mirrorless cameras are the way to go. (Maybe the camera you’re taking the photo with is already a good fit for video). Most modern cameras (photo cameras) shoot videos of very decent quality, so using a camera to shoot video is not such a bad idea. The Nikon Z6, Fujifilm X-T4, and Sony a7 III are among the cameras that can simultaneously capture great professional-quality photos and great video.

When you need to shoot for a long time: camcorders.

Camcorders have their pros and cons, plus some cons for some tasks turn into pros for others. Built-in lens means more compact but also more limited possibilities for creative shooting; a large depth of field makes it easier to work with focus, but you will not get a beautiful “cinematic” background blur (bokeh). The advantages of camcorders include fairly stable focusing and good possibilities for working with sound. You can read more about the advantages and disadvantages of camcorders, as well as the most interesting models

In general, the camcorder can hardly be recommended as the main universal camera for a beginner, but as an additional camera, it is quite relevant. Camcorders are also suitable for filming family gatherings, news coverage, or any lengthy event. In general, camcorders are versatile in video shooting and can be used to record a wide variety of videos.

When quality is a priority: digital cinema cameras

However, for a professional studio video, you will need the appropriate equipment. Digital cinema cameras offer the highest picture quality, excellent ergonomics, and all kinds of built-in functions. A video shot with such a video camera, with due experience of the operator, amazes with the detail and beauty of the picture, bypassing any cameras and cameras in these qualities. At the same time, movie cameras are the least compact, the most difficult to learn, and the most expensive cameras from the entire list. Among others, you can pay attention to Red, Blackmagic Pocket Cinema Camera 4K and 6K, Canon EOS C70.

If you need to shoot on the go: action cameras.

Action cameras are great for capturing travel, extreme sports, and blogging on the go. Their quality has improved over the years, and 4K resolution is now the norm for most models. Among the available models, you should pay attention to the Hero line from GoPro, DJI Osmo Action. Some action cameras can even shoot 360 ° VR videos. For example, Insta360 One R has a modular system: you can purchase a standard 4K shooting module or a dedicated VR module for 360-degree video.

Is it possible to shoot high-quality videos on a smartphone?

The latest models shoot video in 4K and even 8K. They are getting better and better at using computational photography to overcome their limitations. At the same time, the smartphone is always with you, ideal for travel and everyday shooting.

However, there are many reasons why we should prefer a traditional camera. The smartphone’s sensor is smaller than that of full-size cameras, so in most cases, the quality of your 4K videos will be lower than the 4K video from a large camera. Other downsides include poor image control, narrow dynamic range, and limited zoom capabilities.

Which camera to choose for vlogging?

vlogging camera with flip screen, it is very important that the camera screen can be rotated to the “selfie” position so that the blogger can see himself while shooting. In this case, the display can interfere with additional accessories (microphone, tripod). So it is necessary to rotate sideways and do not tilt up or down. Two models have appeared once in the last year, especially “sharpened” for shooting video blogs: Sony ZV-1 and Panasonic G100. Both are the best camera for bird photography.

They feature high-quality built-in microphones that allow you to take self-blogs without an external microphone, a convenient swivel display. And an efficient face-tracking AF system. These are the most versatile cameras for various types of vlogging. However, depending on the format of your content. You may prefer shooting with an action camera (for example, for travel blogs), with a camcorder (for reportage shooting), or even with a smartphone (for daily selfies blogs).

What characteristics should you pay attention to?

First of all, these are the resolution, frame rate, and bit rate of the camera. Other important characteristics are sensor size, autofocus system, and stabilization. Also, pay attention to the dynamic range and audio recording capabilities of the camera. Suppose you are faced with tough professional tasks. In that case, it is worth learning about color depth, the ability to shoot in Log-modes, the availability of RAW output, as well as additional options such as zebra or waveforms (oscilloscope).

What is bitrate, and what is it for?

Which resolution should I choose?

4K is becoming the standard, so consider cameras that shoot at this resolution. Ideally, they should capture 4K from the full width of the sensor so you get the best possible detail. But its level in different cameras recording in 4K varies greatly, so you should always watch test videos before buying.

What should be the frame rate?

Usually, the number of frames per second is consistent with the resolution: 4K – 30 fps, Full HD – 60 fps, etc. The higher the frame rate, the better the picture becomes. It is worth choosing a camera with a frequency of at least 24 fps, 30 fps is good, and 60 fps is great.

What does the size of the matrix effect?

As the sensor size increases, the image becomes better, brighter, and sharper. However, even here, everything depends on your tasks: the larger the matrix, the larger the camera, and this is not always convenient. When choosing between the Best point and shooting film camera with interchangeable lenses. There is an important point: full-frame sensors give a more pronounced effect of a shallow depth of field, that is, a more “cinematic” picture with pronounced bokeh (background blur).

Do I need autofocus?

Traditionally, videographers rely more on manual focus. But for a beginner, having reliable and fast autofocus will be a great help: it is easier to shoot any video with it – from a selfie blog to sports events.

Unfortunately, many cameras have problems with autofocus in video. However, almost all of the latest Sony, Panasonic, Canon, Nikon, and Fujifilm mirrorless cameras. , adapted for video shooting, have good autofocus. Also very handy for capturing people and selfie blogs, face detection, and tracking AF systems. In this regard, perhaps the most advanced system in Sony cameras.

Why do you need a stabilizer, and which type of stabilization is best?

To prevent the picture from shaking when shooting handheld, a stabilization system is used. It is better for cameras with interchangeable lenses to choose an integrated system (in the camera body). Or an optical system in the lens, or better yet, a combination of both. For camcorders with a built-in lens, an optical stabilization system is suitable.

Electronic stabilization is a less advantageous option since it is carried out by cropping the picture and varies greatly in efficiency from model to model. However, due to their diminutive size, smartphones and action cameras are usually equipped with only electronic stabilization. And suppose in action cameras, for example, in GoPro, this system works very effectively to get smooth video from a smartphone. In that case, it is recommended to use a manual stabilizer – a Steadicam.

What is dynamic range, and what does it affect?

Roughly speaking, dynamic range is the camera’s ability to recognize and reproduce the light and dark details of a scene simultaneously. The wider the dynamic range of the camera, the better. However, this does not mean at all that for any video, this parameter should be as high as possible – it all depends on the taste and style of shooting. Still, the ability to get more details in dark and light areas will be a definite plus.

Dynamic range is usually measured in terms of exposure or stops. A stop is a change that indicates that the amount of light has changed by half, up or down. The dynamic range of the human eye is about 20 stops. Standard dynamic range (SDR) is 6 to 10 stops, and High Dynamic Range (HDR video) is at least 13 stops.

How to get high-quality sound when shooting with a camcorder?

Usually, the built-in microphones on all types of cameras do not have special sound quality. In general, if this is not a special camera for video bloggers. You should choose a model equipped with a separate jack for connecting an external microphone and, ideally. Headphones for monitoring volume.

A convenient option for bloggers is a lavalier microphone or radio system (radio loop), for example, the Rode Wireless Go. And, of course, if you need high-quality sound when shooting with a smartphone or action camera. It is better to record it with a separate microphone.

Color depth determines the range of possible colors: the higher it is, the more colors the camera can capture. This affects the smoothness of color transitions and their level of distortion (down to zero). However, the higher the color depth, the more voluminous the files are obtained, and the more powerful the computer is needed to process them. In general, standard 8 bits are enough for beginners. Higher color depth is needed for professional tasks and requires skill.

Are you looking for a new smart TV? Choose the Samsung 32 inch LED TV when selecting a smart TV for your...

What are the Benefits and Drawbacks of Buying a New Car?

WHAT ARE THE TYPES OF PROBABILITY?