by ashley
in Fashion
Reading Time: 4 mins read
A A
0 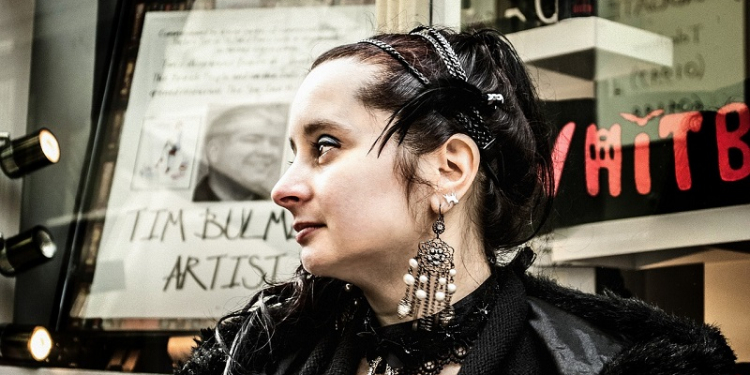 At the current time, the modern mass culture has exploited the Gothic fashion style quite a lot, and you can easily spot it at red carpet events, fashion shoots, runways, music videos, movies, and so on. Yet, the notion among people is very vague. People end up relating it only to ghosts, witches, and everything dark. Some also associate it with the medieval cathedrals of western parts of Europe, the savage tribes of the North, and the black-lipped youth with metal-clad outfits. But gothic style has so much more to say.

The features of Gothic fashion that make it unmatched

One of the very basic misconceptions that most people have is that gothic clothing is that the prevalent colour of gothic clothes is black. Let’s find out what are the features that make this style of dressing so popular and sassy.

As the gothic followers believe themselves as “children of the night”, and the styles are aristocratic and cool, they do not wear any pastel or light hues. For Gothic accessories too, gold jewelry is unacceptable and they are always seen sporting white or silver metals. Most precious or gemstones are not found either, it is only semi-precious stones, diamonds, and sapphires. Pearls too are a popular choice.

Gothic dressing appeals to time trends- either past or future

While the gothic blouse, gothic capes, hats, corsets, and long gowns appeal to the vintage gothic styles by getting inspired from the designs of the past, of the Victorian and Romantic styles.

On the other hand, protective masks and goggles, rings and chunky boots, neon hair, and black lips refer to the apocalyptic future as donned by the cybergoths.

Gothic fashion is Romantic and is a way of self-expression

This particular style is much more than cliches that the people usually associate them with. The gothic style is a way of expressing oneself, not abiding by the rules of society, promoting individualism, and proves how that man/woman is a no-nonsense person. It is about the revolution that many go through to break the barriers of society. Their appearance is rightly suited as a symbol of rebellion.

Is it possible to identify a goth?

Yes, it is. Though not everyone will dress similarly, there are a few things that more or less you will get to see on them. Be it their outfits, accessories, or makeup.

The first thing first. Look if the black colour is predominant in his/her outfit or overall look. You may find inlays of reds, whites, purples, or blues, but that okay!

The other dark shades that the Goths are fans of are dark blue, dark green, purple, maroon, and such.

Their dressing sense or style is a little different.

Clear silhouettes and flowing lines are common in Gothic fashion.

Women’s Gothic dresses are either very modern with futuristic cuts and silhouettes, or flowy vintage dresses and corsets.

They are fans of skirts of different lengths. The skirts are mostly voluminous.

A lot of leather, fur, and lace are used in their outfits.

Oh, how can we forget corsets? The symbol of binding women and being criticised for many years, women felt free after they could wear dresses without the corsets. But corsets were brought back as a style statement with gothic fashion.

Unisex boots can also be very commonly spotted among goths. Boots with attached spikes, buckles, or laces are a favourite of the girls. And the shoes are preferably dark colours.

The makeup is also remarkable. They have dark or neon coloured hair, pale face, dark eyes, and red or dark lips. Many women also prefer painting their nails red, maroon, or black. A classic gothic hairstyle would be straight black hair, and a slightly unkempt or grungy look is considered to be more stylish. And this is common for both sexes. Goths make sure that do not put extra effort to emphasise their gender.

Critical Tips to Find a Root Canal Doctor You Can Trust

Getting Your Colourful Knitwear Ready for this Winter

With the winters setting in, we’re all taking out our favourite woollens from the closets and are getting swapped with...

Types of Designer Cosmetics and Perfumes That You Must Know About

Critical Tips to Find a Root Canal Doctor You Can Trust

Common Mistakes to Avoid while Applying for A Machinery Loan