by ashley
in food
Reading Time: 3 mins read
A A
0 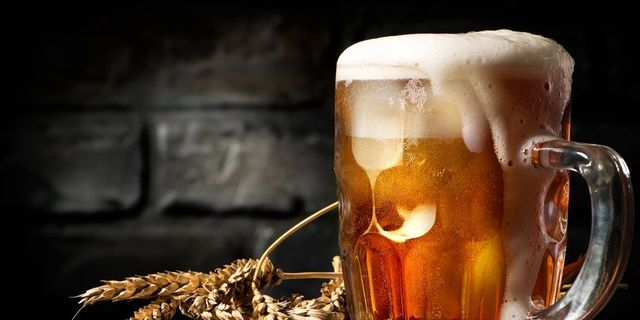 While Russia is generally associated with hard alcohol like vodka, Russian beer is also hundreds of years old. Even today, Russians and other beer enthusiasts from different parts of the world enjoy Russian beer.

However, you may not be aware of a few interesting Russian beer facts. Are you curious to know these fun beer facts? Continue reading and get amazed by this popular Russian brew.

Are you aware that beer includes various vitamins and minerals due to different ingredients and its fermentation process? Beer contains vitamins like B7 (biotin), B6, B2 and B1. According to certain scientific studies, beer also has vitamin V. This vitamin helps improve concentration and support RBC formation. So, it is likely to have a positive impact on one’s cardiovascular system. It even stimulates metabolism.

Russian beer is one of the most popular alcoholic beverages in the country. A vast population in Russia enjoys quality beer. So, do not miss out on a visit to Russian breweries to enjoy a premium beer made of the finest malts like Château Abbey Malt or other high-quality malts.

Russia ranks 32 in the list of countries that consume beer the most. It ranks 32 in terms of beer consumption per capita with a 54.8L value. There are around 8,405 mln I/year of total national beer consumption in Russia. Some famous beer styles in the country are Porter, IPA/APA, Larger and Wheat Ales.

In 2020, there were about 1285 beer producers in Russia alone. The country has small and medium-sized craft breweries to large beer companies to meet the demand for beer in the country.

The finest Russian beer made from premium malts like Château Special Malt is often categorised by colour, gravity and ABV and not by the yeast or style of fermentation. So, you need to look for light or dark beer when ordering in the country.

Whenever you serve beer, everyone says, “cheers.” Do you know the reason why we say so?

In ancient times, the clinking sound of tankards was believed to ward off evil. At that time, the clinking was to spill beer from one container to another. So, the drinking companions shared the same drink to ensure it was not poisoned or harboured with other evil intentions.

Now in the modern age, this ritual is still followed. But now, it is just a gesture to give each other a happy nod before sipping the drink.

According to Russian market research, around 80% of beer consumers in Russia like light filtered beer. It means they give a second preference to dark beers (with only 12% consumers). And, the rest of the 8% people like an unfiltered light beer.

Typically, beer gets blamed for that ‘beer belly.’ But its components like Castle Malting malt, alcohol and hops are well-known to stimulate appetite. Drinking beer may make you crave junk or fatty food. And those extra calories may mean that you’d get a ‘beer belly.’ But beer alone cannot increase your waistline or make you fat. It only increases your appetite.

Hops (as the flavouring agents) in beer are from the Cannabaceae family as the marijuana plant, Cannabis Sativa.

In the middle ages, adults used to consume more beer compared to water. It is because they thought alcohol in beer was safe for drinking than water. In Russia, beer was not even considered an alcoholic drink for many years. It was declared an alcoholic beverage in 2013 in Russia.

So, these are some fun Russian beer facts. Which of these facts amused you the most? Or do you know more facts on beer? Do share with us if you have more fun information.

5 Facts that Everyone Should know About Bajaj EMI Card 

Abrolhos Octopus is one of the leading frozen octopus supplies to the world market. The company is based in Western...

Blueberries Cultivation in India – How to grow This Fruit

It Is Quite Difficult To Resist The Sweet Temptations

5 Facts that Everyone Should know About Bajaj EMI Card 

New York Newest Vegan Spot: No Shade From Us, Shady Shack Is On Point